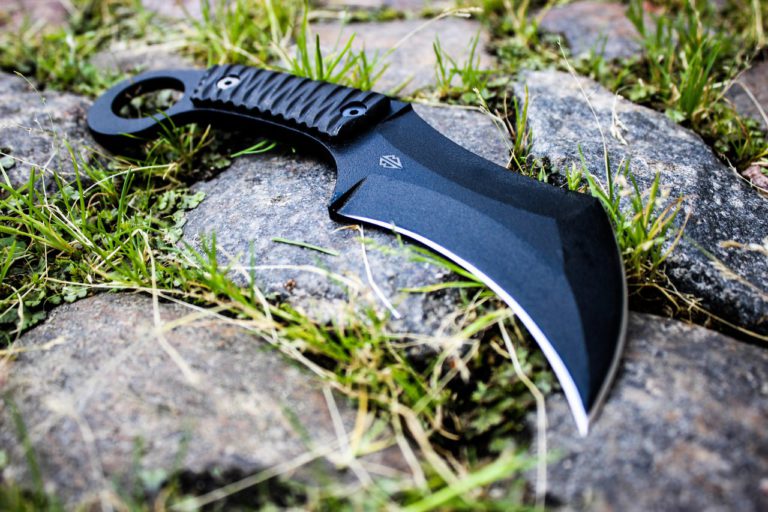 The kerambit knife WITCH is a creative interpretation of a traditional Malay knife. This weapon has been known in the Malay Archipelago since ancient times. The name of the knife is translated as a tiger’s claw and it is not surprising, because the shape of the grip and the blade resemble claws of a predator. Ancient people who invented a kerambit might have tried to compensate the lack of claws by humans, created such design and developed a distinctive style of fencing with this blade. Later a claw became an embodiment of all fighting styles of Indonesia.

There are other versions of origin of a kerambit knife, according to one of them it is believed to originate from an agricultural hook. Metal was expensive and when hooks wore out due to frequent sharpening, remnants were used for knives manufacturing.

It is important that a kerambit has become a useful utility knife for residents of the archipelago. Malays apply it in everyday life, on hunting, fishing and to protect their interests. In 70-80-th of the 20 century the Europeans became acquainted with this weapon and commended its effectiveness. The WITCH refers to knives inspired by a classic kerambit, but adapted to the European hand fulfilling its mission.

The safety and enlarged ring makes sure to keep a good grip on your knife while the curved blade is great for slicking and jabbing.

Quite unique and cool design provides the ability to hold the knife with a straight and reverse grip and deliver effective strokes using any system of hand to hand combat.

According to Ukrainian law the knife is sharpened on one side only. 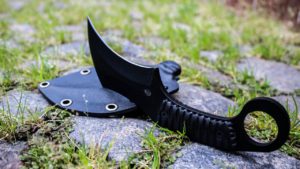 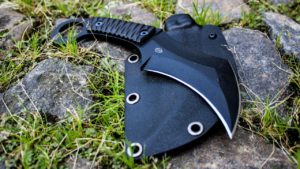 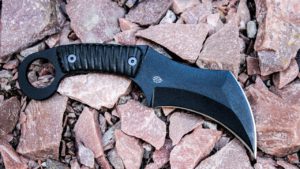 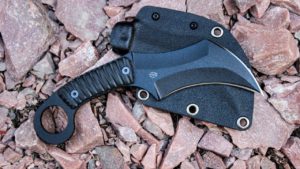 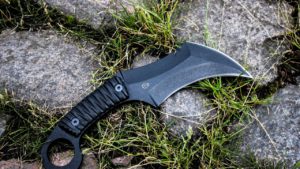 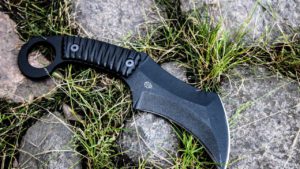