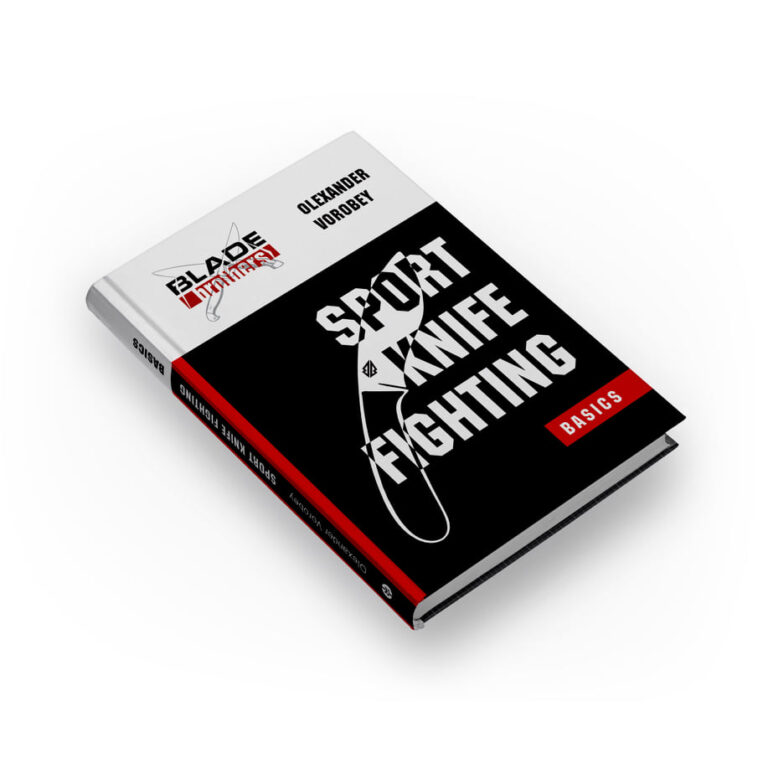 “This book I wrote for people who are interested in sport knife fighting — this is a full contact sport using weapons and requires some courage to practice. I took my lumps developing our techniques and methods and I offer you practical basics that will let you follow the same path, but avoid injuries and disappointment. I have laid them out in a way that will be convenient to study . Each technique is explained and illustrated by a detailed description, pictures and video.”
Olexander Vorobey

Ukrainian knife fighting (UKF) is a weapon martial art and full contact sport that appeared in Ukraine in the 2000s. UKF combines hand-to-hand combat techniques and knife fencing techniques. UKF is developing fast in various sports clubs that operate in most major cities of Ukraine.

Each of these clubs has adopted its individual features of fighting styles, but there are several common characteristics that are inherent to all branches of UKF:

– Maneuverability. Staying still in one place results in severe injury or death so UKF fighters are constantly on the move, attacking and avoiding strikes.

– Full speed and full contact. Slashes and stabs are delivered with full force and at maximum speed, like it happens in real life.

– Sparring. Sparring is an integral part of training drills. We strongly believe that only in a duel can the fighter hone his skills. This is the main dogma of the UKF.

This book is a practical guide to training in Ukrainian knife fighting. It  has photos and descriptions of the techniques as well as  a video on how to do these techniques on YouTube. It tells you how to organize your own training, what equipment you need and how to conduct competitions.

The book outlines the basic sports techniques that underlie our courses in street self-defense and army knife fighting.

So, this is a book on how to learn to fight effectively with a knife!